Bright yellow floods the streets of the city and proud chants fill the air as bodies adorned in blue and gold garments move toward the southwest end of town. This image can only mean one thing: it is game day in Ann Arbor. Most Ann Arbor dwellers, academics, and students can recognize what maize represents to this community—it signifies high academic standards, cherished athletics (perhaps not recently, but historically speaking), and, most importantly, tradition. But few understand the more complicated story of maize, and how this beloved hue and symbol of Wolverine pride has transformed in recent years.

In the past decade, there has been a surge in the popularity of university athletic teams to license logos to apparel corporations. In 2008, the University of Michigan entered a contract with Adidas, terminating previous agreements with Nike, which retaliated by copyrighting the color maize. Consequently, the law forced the university and its new partner Adidas to create an entirely new color—“Sun”—that now represents Michigan. “Sun” has morphed how students and sports fanatics perform their social identity as Michigan fans. This case exemplifies how color is an essential element of the “uniform” that we employ to participate in a group identity and how administrative decisions can influence social identity symbols.

The colors maize and blue are fundamental symbols in the performance of one’s self-concept as a Michigan fan. Thus, the shift in the shade of yellow did not merely change the color of the Michigan football team’s uniform; it altered the informal uniform that makes the University of Michigan fan in-group distinct. Categorizing oneself with a certain social identity is to behave as the other individuals in the group behave (Stets and Burke 2000: 226). The yellow student section during home football games expresses the symbolic and practical significance of the color maize. Both social identity theory and identity theory explain that “the self is reflexive in that it can take itself as an object and can categorize, classify, or name itself in particular ways in relation to other social categories or classifications” (Stets and Burke 2000: 224). Wearing maize is part of the process of self-categorization in the football fan realm.

To the dismay of many fans, “sports teams and universities eventually gained a monopoly in the fan apparel context after licensing became increasingly commonplace” (Franklin 2011: 995). This recent phenomenon has created a new sector of copyright law, whereby “unlicensed apparel providers face trademark infringement liability” (Franklin 2011: 988). In the case of the University of Michigan and the color maize, Nike’s copyright legally requires the university teams to use a different color for athletic clothing. However, in exchange for the apparel company’s license for the logo, the apparel providers pay an annual premium to the team (Franklin 2011). For this reason, the University of Michigan agreed to an eight-year partnership with Adidas in the fall of 2008—valued at $7.5 million annually (Madej 2007). As a result, team logos, and even colors, became a commodity of the athletic team and its apparel partner, rather than solely a symbol of in-group identity.

According to the University of Michigan Official Athletic Site, “Maize and Blue are some of the most recognizable icons in college history… Michigan athletic teams have been wearing Maize and Blue for more than 100 years” (Maize and Blue 2014). The athletic department describes the long-term history of the colors, but it fails to note how the most recent change to the maize hue came about and its ensuing implications. As identity theorist Jerome Bruner articulates, “In our social world, the more fixed one’s self-concept, the more difficult it is to manage change” (Bruner 1980:165).  Accordingly, tampering with the embedded legacy of tradition that the University of Michigan promotes and casts in maize and blue lighting has instilled a discontented response.

This change in a century-old symbol of University of Michigan culture has not been adopted without contestation. Even the athletes themselves have qualms about the adoption of “Sun” yellow. The Michigan Daily published an article titled “Hurrah to the sun and blue?” in 2010,  that explains how the transition from Nike to Adidas sponsorship has come with “growing pains.” Contributors Lexi Zimmerman and Courtney Fletcher, who are former University of Michigan volleyball players, mention how the volleyball team chastised the new color: “Adidas actually had to make a new version of our school color, now known as ‘Sun’ (which the volleyball team has affectionately dubbed the ‘highlighter’ jerseys).” The athletes emphasized that augmenting school colors modifies the customs of an athlete’s life: “Tradition. It’s one of the main reasons we chose to come to the University of Michigan. But ever since we arrived, major aspects of that tradition have changed, especially in the athletic department… they have a huge impact on an athlete’s everyday life” (Zimmerman and Fletcher 2010).

With the advent of the blogosphere, Michigan sports fans discovered an outlet to display their civil unrest about the color change and subsequent group identity transformation.  In 2012, Brian of mgoblog defiantly stated, “Anyone who's surveyed a student section and been able to pick out the 10% who still wear shirts that would not blind a donkey knows how alarming the color drift has become in recent years” (Brian 2012). Several University of Michigan fans believe that the bright “alarming” color is not characteristic of their identity as a Michigan Wolverine. Backlash about “Sun” may eventually materialize into the potential for institutional change at the athletic department’s level, as one blogger underscores: “There is an effort within the athletic department to slowly get away from using the bright neon-yellow that has become synonymous with Michigan sports teams. A point to which I can only add a slow clap.” (Brad 2012). When Adidas and the university administration invoked the color change, students and fans experienced an identity crisis. Because the norms of wearing the true golden deep yellow maize color were changed in favor of the “highlighter” color, students and fans felt a disconnect from one of the most central components of the Michigan fan informal uniform. The passionate color-related contention indicates the importance of color as a cultural symbol and an element of performing the University of Michigan fan identity.

Zimmerman and Courtney Fletcher. 2010. Hurrah to the sun and blue? The Michigan Daily.
Posted by Alex D. Jakle at 7:07 PM 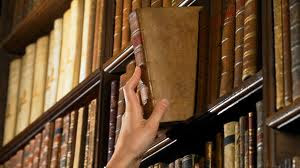 Law All Over is a place to voice opinions about the fingerprints the law leaves, well, all over the place. I'm after the ways in which it shapes our lives outside of the formal institutions in which it is normally examined. Sure, occasionally I'll post - or have someone else post - about things that happen in courts or congress, but mostly I want us to talk about what happens when the law gets away from lawmakers, from lawyers, from judges, and from police officers, and gets dirty. Law is all over. Let's talk about it.

Did I miss something?

Was there a good story I missed this week? A topic you'd like to see discussed here? Send an email to lawallover@gmail.com